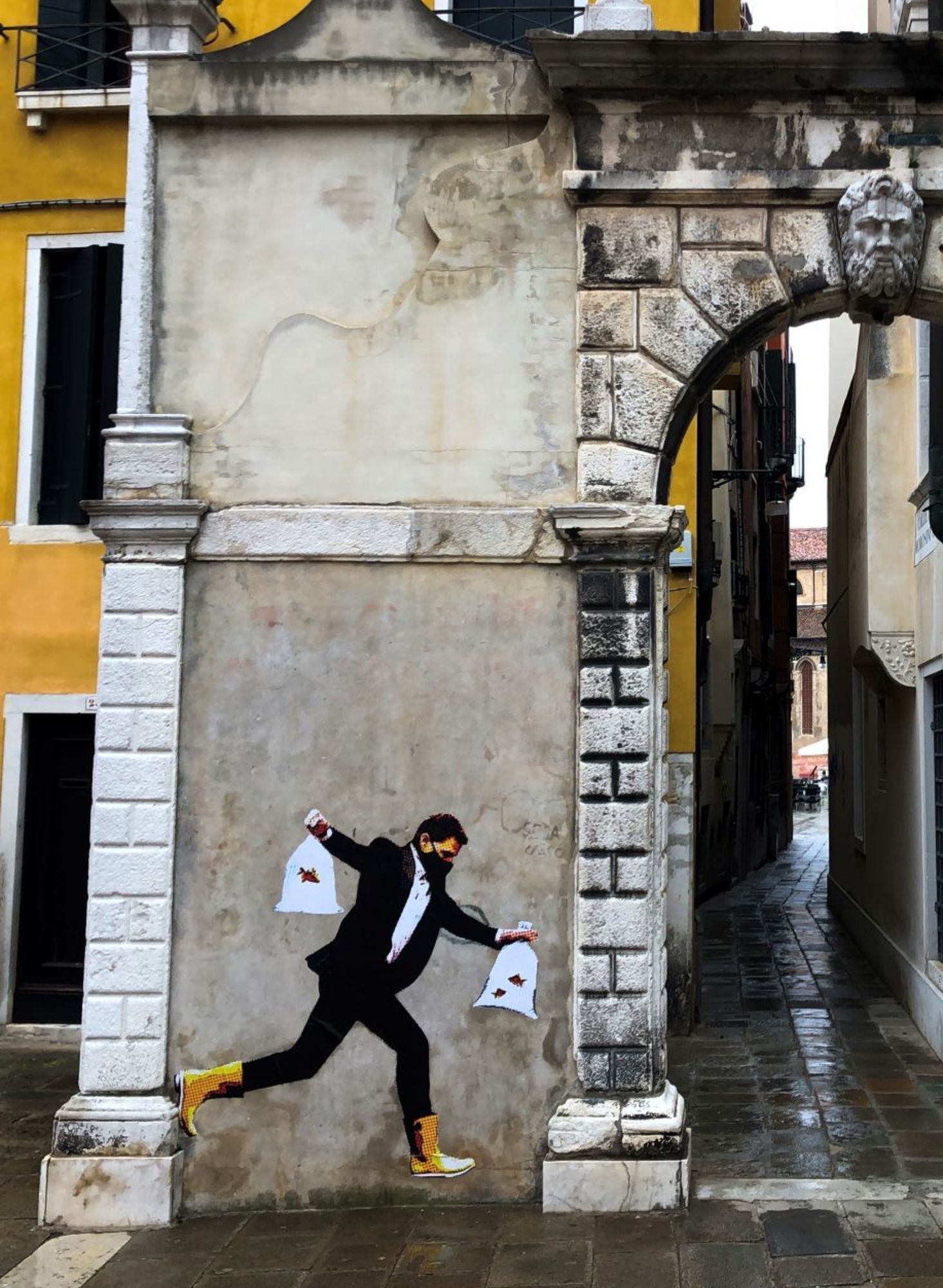 Nello Petrucci (born in 1981) is an Italian artist and film-maker who lives and works between Pompeii and New York, known for his works on particularly thorny current issues, from the right to vote, to the judicial system, from health surveillance to illegalism, from financial speculation to the contradictions of the war. In conjunction with the 59th International Art Bienniale, Palazzo Contarini del Bovolo, recently restored and reopened to the public, hosts the artist's Venetian solo exhibition entitled PROFILES, curated by Chiara Canali with the critical presentation by Luca Beatrice and promoted by Contemply Art & Investiment, inside the Sala del Tintoretto on the second floor, with direct access from the Scala Contarini del Bovolo. And it is precisely to the sketch kept there, relating to the large canvas of the Paradise of Palazzo Ducale by Jacopo Robusti (Tintoretto) that Petrucci dedicates his last monumental work entitled Hell, specially designed for the solo exhibition at Palazzo Contarini del Bovolo, contrasting with the vision of Tintoretto, which he had intended to reconstruct, in a celestial sphere, the hierarchical perfection of the Venetian government, a dramatic reinterpretation of contemporary earthly Inferno.